It's often used as a filler: "As you can see," the speaker says, "the results demonstrate a significant benefit." Sometimes it's an awkward attempt to provide transition: "In the following graph you can see the extent of the benefit." At times it may be used to orient the audience: "As you can see, the third column shows the results."

On the surface, the use of "as you can see" and its many variations "as one can see," "you see," "one sees" is relatively harmless. It may seem to be a speaking quirk, a bad habit. But these phrases are usually utterances without any semantic importance. They contribute nothing to a story or an argument and may, in fact, have some unintended consequences.

At an important regulatory meeting, the speaker put up a slide that contained a complicated flow chart meant to show a new drug's likely mechanism of action. The slide contained five or six potential focal points, each surrounded by textboxes using a 16 point typeface and arrows of various colors.

When the speaker began discussing the slide by saying, "As you can see from this chart," the room erupted into a gentle twitter punctuated by a few outright chuckles. As you can see? The audience could not see any of the material on the slide, much less see it well enough to comprehend a complex explanation that required visual support.

This speaker lost his first and perhaps best opportunity to make a point central to his argument. He also lost the audience and his flow, at least for that moment and for quite a few that followed. His content was good but inaccessible, and his own words made that failing even more obvious.

Another speaker giving a talk to her upper level management began her discussion of each slide with some variation of "as you can see from this slide." After the meeting, one of the executives muttered, "Maybe she should have just mailed us the deck. We could have seen everything from the slides." He was speaking more out of annoyance with her repetition than from any disapproval of her content. But his annoyance affected his estimate of her ability and, probably, her credibility.

There are better alternatives to "as you can see," and each one of them will actually help your listeners see rather than cloud their vision. 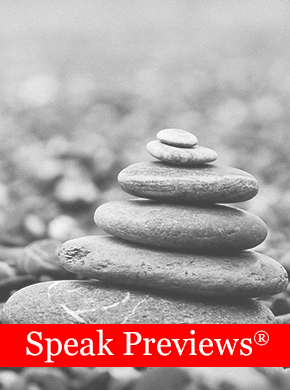