In a hotel conference room the speaker refers to GAAP and IAS as they apply to a handful of YOY scenarios. Next door, another presenter reports a little-known COSEPUP recommendation that depended heavily on a GOGO research institution and has been endorsed by ASTRA. Upstairs, another explains how ADL and QOL instruments may provide information that the GAF cannot.

In each room attendees duck their heads to whisper, "What's that?" perplexed, stumped, unable to follow the presentation because they don't know – or don't remember – what the acronyms mean.

That's the trouble with acronyms. Many listeners will be familiar with them, but many won't. Those new to the field or practicing within a different segment of it may be lost, perhaps only momentarily, but perhaps irretrievably. They may also feel that the speaker has designed his message only for insiders which, if they don't understand the reference, they decidedly are not.

Most likely the speakers did not intend to shut out a portion of the audience, but that's the effect. A more alert speaker will take care not to alienate listeners but instead to include the information needed to build understanding.

The first time you mention something often referred to by its acronym, use its full name. Then supply the acronym, thus paving the way for its repeated use. "According to GAAP" becomes "according to Generally Accepted Accounting Principles, known as GAAP." Rather than say initially that certain parts of IAS may present difficulties, say that International Accounting Standards, or IAS, may present difficulties. Same with YOY, or year-over-year.

Even if you'll only be using the acronym once, use it in conjunction with what it stands for.

As you continue your presentation, alternate the name with the acronym. Doing so helps the audience to associate the two and gives you a way around what may be awkward repetition. In addition, use of the full name can provide emphasis. Both the name and the acronym can help you control pacing and speed.

Or switch just because you haven't in a while, just as you'd do in writing. If your last three sentences mentioned GAF, change to Global Assessment of Functioning in the fourth.

Acronyms serve a useful purpose. It's much easier to say or write "GOGO" instead of "government owned-government operated." But acronyms can also alienate and confuse, neither of which you want to do. 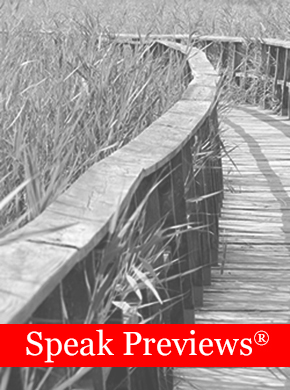