ECG CEO Frank Carillo examines the communication lessons to be found in one of the biggest annual speeches in the United States.

Donald Trump will soon deliver his first official State of the Union Address (SOTU). This annual constitutional requirement for US Presidents has predominately been delivered in written form since the country's founding.

But not unlike George Washington, Woodrow Wilson and FDR believed in the power of public speaking to fight for both hearts and minds. Had Wilson's health not turned on him, he might have been the one we credit with ushering in the era of consistent oral addresses. But as it happened, Franklin Delano Roosevelt understood the power of broadcast media and changed expectations for most of us alive today.

At best, SOTU addresses provide spotty examples for a business leader to study. Their rhetoric can be so soaring as to strain credibility. They generally contain an almost-expected pandering to partisan or issue-oriented populations—an inclusion that in our era is more divisive than uniting. The orchestrated stagecraft of a SOTU—lighting, makeup, scenery, quick shots of audience members responding—- is usually not available to those of us toiling in the real world.

There are, however, some elements of SOTU speechmaking worth identifying and even emulating.

USE HONESTY TO RIVET AN AUDIENCE AND BOOST CREDIBILITY

In 1975, Gerald Ford captivated most listeners when he said, "The state of the union is not good," only months after Richard Nixon resigned due to the Watergate scandal. By speaking plainly, Ford cemented his reputation for honesty and persuaded the general population to agree with him regardless of political perspective. It also hooked listeners to pay attention to the rest he had to say.

Ronald Reagan took advantage of his advanced age when he said, "President Washington began this tradition in 1790 after reminding the Nation that the destiny of self-government and the ‘preservation of the sacred fire of liberty' is ‘finally staked on the experiment entrusted to the hands of the American people.' For our friends in the press, who place a high premium on accuracy, let me say: I did not actually hear George Washington say that."

As the oldest elected President at that time, a fact that was repeated and reported often, he made the association his own by delivering a powerful point punctuated with a jocular remark.

Before the United States entered World War II, Franklin Roosevelt laid out his "Four Freedoms" in a January 1941 SOTU. He was crystal clear as he rallied the world to embrace freedom of speech, freedom to worship, freedom from want, and freedom from fear. These themes became the standards for human rights and persist to this day.

During a State of the Union address, the President's box usually includes "ordinary" folk that have become the focus of a contemporary parable of success, heroism, or courage. In truth, this has only been the case since 1982, when Lenny Skutnik was recognized as a hero for jumping into the Potomac River to rescue a survivor of an Air Florida airplane crash.

This technique is so ennobling that no President has missed the opportunity since. In the Presidential gallery or elsewhere in the Capitol Building's House of Representatives' chamber, persons who have achieved something extraordinary or performed acts beneficial to others have been invited to attend the speech and then are usually recognized for their contributions.

The opportunity for leaders to acknowledge and highlight concrete examples of positivity in a form relevant to their team, company, or business sector is critical. It doesn't require a primetime TV address but can be just as important. Recognize. Congratulate. Thank.

Much will undoubtedly be made of the 2018 State of the Union, but the lessons that reside outside of politics and stagecraft are the ones that we as leaders in our companies and communities need to learn from. 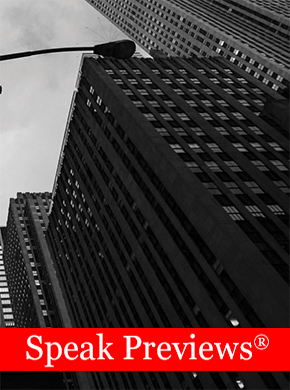