PITTSBURGH - After the last G-20, President Barack Obama pronounced it "a very productive summit." You can also call these blink-and-they're-gone meetings lots of other things: A really expensive image boost. The high-level economic equivalent of a season of "24." A fraternity rush mixer for the people who run the planet.

Gone are the days when distant leaders communicated by, among other methods, the attempted gifting of elephants - an offer from the king of Thailand that Abraham Lincoln had to politely refuse in 1861. Today, heads of state convene loudly and expensively to address global problems, don local shirts, pose for group photos and emerge with something called a "communique" that is usually forgotten in short order.

And so the question hangs, this time over Pittsburgh's emptied streets and boatless three rivers: As the world shows the first signs of emerging from a bruising recession, are the millions of dollars that go into a one-day meet-and-greet of leaders and their finance ministers money well spent?

"It's kind of a tea party for minor diplomats and the big corporate boys," says Hudson Reynolds, a political scientist at St. Leo University in Florida. But, he allows, "The world watches these things."

For many centuries, delegations have made pilgrimages to other empires or nations, ostensibly to pay respects but also to take the temperature of relationships. It was this kind of meeting that, in 2001, allowed President George W. Bush to meet Russian leader Vladimir Putin and, as he put it, "get a sense of his soul."

In recent decades, as transportation grows easier, the notion of large assemblages of leaders convening to tackle the world's problems and make big statements has become a hallmark of statecraft and stagecraft. And as much as Bush was tweaked for his Putin-focused soul-searching, it suggests a deeper truth that's even more relevant when it's not two leaders but nearly two dozen.

Because for the people who decide whether or not to destroy the world - or, in the case of this week's summit, huddle to fix its towering money problems - face time couldn't be more pivotal.

"International relations is about relationships between countries, but it always comes down to personal relationships between individuals. We've seen that over and over again in our history," says James R. Wilkinson, a strategist for the second Bush administration's White House, State and Treasury departments. The G-20, he says, offers dividends that might not be immediately visible by giving leaders time to talk and ammunition to take home.

Consider this scenario: British Prime Minister Gordon Brown wants to have a word with Chinese President Hu Jintao. A bilateral visit creates such pomp and pressure that the machinations of diplomacy risk obscuring the message. But if Brown's people send word to Hu's at the G-20 that he wants to talk, a 15-minute huddle on the sidelines allows face-to-face contact to unfold as informally as possible.

Peter Giuliano, founder of a New Jersey-based consultancy called ECG that teaches communications skills to executives in business and government, counsels his clients that in-person contact among leaders is imperative. The more senior the leaders, he says, the more they need to get to know each other. There's a reason, after all, that a handshake still represents a binding contract in some countries.

"That offline, non-arranged, no `Here comes the entourage and Air Force One' - is that important? Of course it is," Giuliano says. "This kind of setting, with the G-20, offers all sorts of opportunities for that to happen without being under the microscope."

What's more, the lack of focus on a single leader in big meetings - "more of a floodlight than a spotlight," Giuliano says - creates conditions for talking.

David Shorr, a scholar with the Stanley Foundation, a think tank that advocates multilateralism, offers a more critical take. To Shorr, the emergence of the G-20 as a companion of - and possible replacement to - the smaller G-8 is an idea with great potential that is, to his dismay, already exhibiting mission creep.

"We should be seeing a lot more hard bargaining and creative problem-solving and a lot less of the style of diplomacy that dresses things up to look like significant results have been achieved," Shorr says.

Whether that's a larger group or not, he says, matters little as long as the number of issues are limited and breakthroughs and collective action are sought - "deliverables," as Shorr puts it.

"It's not the shape of the table or the number of countries," he says. "It's the sense of purpose that the leaders bring."

There's one final thing a meeting like the G-20 can encourage. It's something intangible but, in this crazy world of ours, not insignificant either. Here's University of Pittsburgh political communication expert Gerald R. Shuster: "It gives the impression that as long as we're talking, there is the possibility that solutions to major problems can and likely will occur."

In other words, the people running the world need to project a sense that, hey, we've got things under control here, folks. And whether they actually do or not?

Odds are that's something that no 24-hour meeting, no matter how focused and high-level, is ever going to resolve. 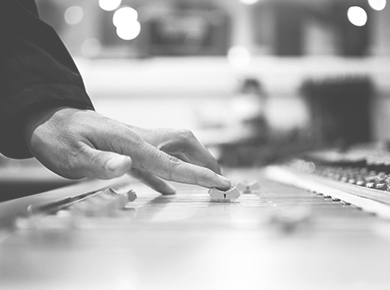